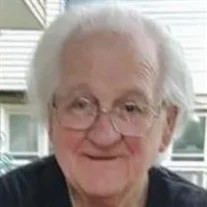 Born in West Orange, New Jersey, he was the son of the late John J. Horan Sr. and Camille DelPlato Horan.

A proud Veteran, John served in the United States Marine Corps during the Korean War. After his honorable discharge, he became a detective for the East Orange, New Jersey Police Department. Upon his retirement from the force after 25 years of service, he moved to Pocono Farms in Tobyhanna, Pa. John had a love of cooking and worked as a cook in Studebaker's Restaurant and Pocono Farms Country Club Restaurant. He was active in the Pocono Farms Country Club Association, serving on the board of directors and cheering for his grandsons on the swim team.

John was a founding member of the General Gerald Sajer Memorial Disabled American Veterans Chapter 133 of the Poconos; a member of VFW Post #3448 in Mt. Pocono; a member of the Shriners Irem Temple Transportation Unit and Acacia Lodge.

He was a loving father devoted to his family. He enjoyed the time spent with his children, grandchildren and great grandchild. He had a passion for life, travel and eating out.